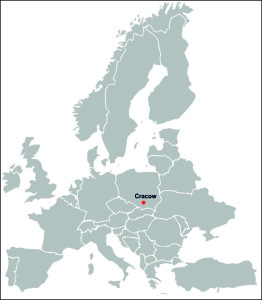 Cracow is the second largest city in Poland. It is the administrative centre of the Malopolska Region. The city was honoured with the title of the European Capital of Culture in 2000. Today Cracow, the former capital of Poland, is one of the most important cultural and tourist centres of the country. It is also home to many cultural institutions, theatres, cinemas, museums and philharmonic orchestra, which make life pleasant for both its inhabitants and the more than seven million tourists who visit our city each year.

Cracow is a special place that, like a magnet, attracts people of culture and art who draw their inspiration from the atmosphere and rich past of the city. The heart of the city is the Main Square, which is the largest medieval town square in Europe. The Main Square has been preserved unchanged since 1257 and was listed on the UNESCO World Heritage List in 1978. For 600 years, a bugle has been played to the four sides of the world every hour from the Tower of St. Mary’s Basilica. In the middle of the Main Square, the Cloth Hall – a medieval market hall – is one of the most recognisable Polish monuments. Cracow is home to the second oldest university in Central Europe, Jagiellonian University, where Nicolaus Copernicus and Pope John Paul II both studied. Wawel Hill has been inhabited since the Palaeolithic and has been the residence of Polish rulers and a religious centre since the middle of the 11th century. Currently, Wawel Royal Castle functions as a museum.

Outside of the Old Town there is another interesting place, Kazimierz, which is the site of the centuries-long coexistence of two cultures – Christian and Jewish. Many Judaism relics that are of international importance are located Kazimierz. On the other hand, it is also a vibrant region where one can enjoy flea markets, art and pubs and restaurants from which live music resounds. A footbridge called OjcaBernatka connects Kazimierz to Podgórze – a district that was forgotten for many years but is now quite fashionable, though still calm and peaceful.

Cracow also has many green areas that provide opportunities for recreation and rest.

Undoubtedly, Cracow is captivating due to its unique atmosphere and wide range of events that are always unique and inspirational.